Are you missing out on homeowner tax breaks?
Find out here

We respect your inbox. We only send interesting and relevant emails.

With over 19 years of experience in real estate and a background in building teams, Derrick and his teams continue to achieve award winning success fo...

From influencing our political landscape and surviving cancer to thriving as an Artist, Pat Eltman continues to forge a resilient and admirable path, and RE/MAX Shoreline is proud to feature her artistic work and share her story. Come see us on April 21st at the Shoreline Cafe to preview her art and hear stories from the easel to the campaign trail!

Pat Eltman started her career in politics, spending four decades shaping our political landscape as a strategist, campaign manager, and grassroots organizer.* Pat explains, “In my lifetime, I’ve seen the first woman as Senate President. I worked for Libby Mitchell, who was the first woman Speaker of the House and only the third woman in the country to be elected Speaker and President of the Senate. And now we have our first female governor, Janet Mills, and our first female Secretary of State, Shenna Bellows. In my 40-year span, I’ve seen quite a bit. Women have worked hard and come far.”

After decades involved in Maine and the nation’s political scene, Pat became Maine’s State Director of Tourism. “That was the best job, selling Maine, the most beautiful state in the whole country, to the world,” she says, “Lighthouses, lobsters, moose and more.” *

A lifelong South Portland resident, Eltman has always been drawn to the sea for healing air and renewal. That’s what she captures in her art: The sun rising or setting in warm oranges, salmons, and golds over Maine’s seascapes with islands, marshes, and footpaths cutting through seagrass. The process of interpreting photos with oil paints, she says, is meditative and utterly calming.*

Pat will paint on commission, utilizing only a beloved photograph as inspiration. She will often return to her studio with a snapshot of a sunrise, sunset or other elements of nature and capture its essence with her paintbrush. Eltman’s pieces can be found on her personal Facebook page or previewed at The Shoreline Cafe through May. Come see us! 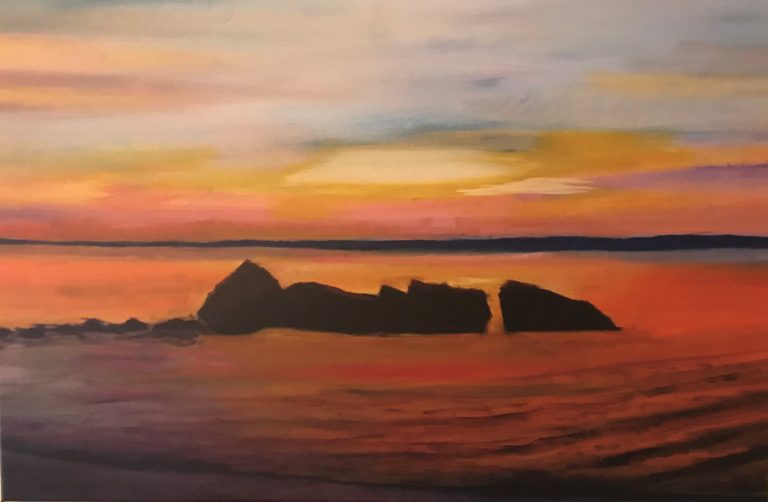 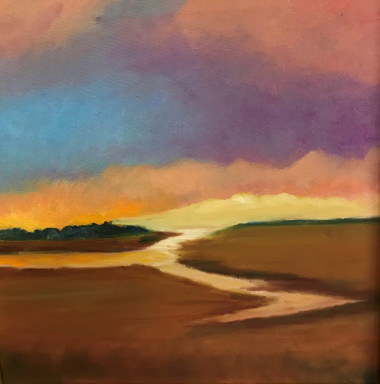 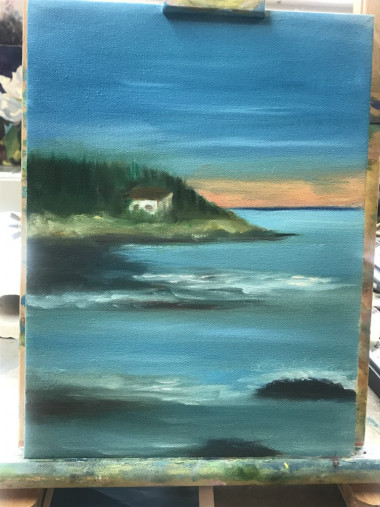 Keep Up With Us

We respect your inbox. We only send interesting and relevant emails.

We use cookies to enhance your browsing experience and deliver our services. By continuing to visit this site, you agree to our use of cookies. More info